Hurling and Camogie in Ahane N.S.

Ahane N.S. Boys played in the 11 a side hurling blitz in Boher on 10th June .

The boys played their first match against Roxborough which they drew. The team played Killinure in the second match and they won this match. These results brought them to the semi -final which was played against Donoughmore. The boys were successful in this match and have now qualified for the final which will be played in the Gaelic Grounds on June 11th.

The girls are preparing for their 9 a side blitz which will be held in Ahane GAA grounds on 22nd May .

We wish the best of luck to both our teams. 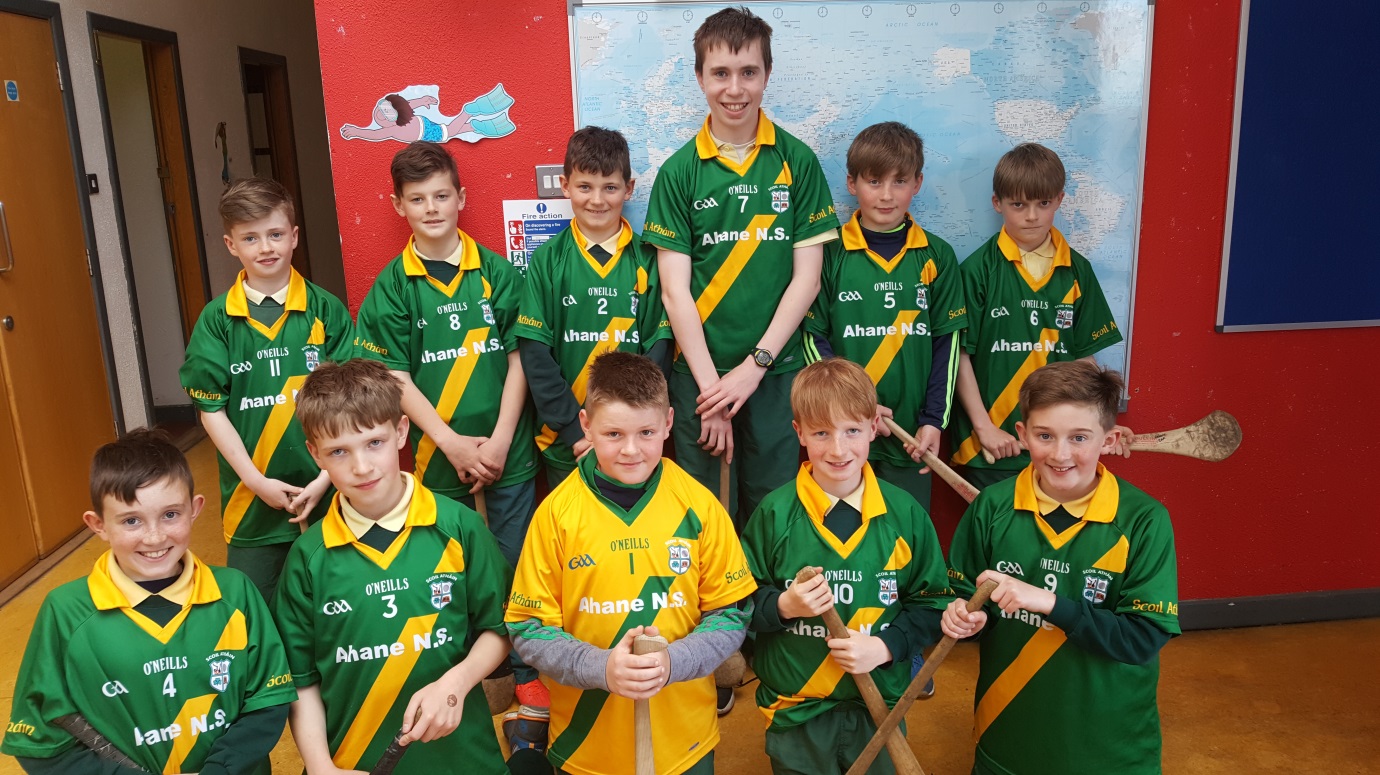