The School's hurling team played in the final in the Gaelic Grounds on June 10th. This was a very evenly contested match with Ahane NS losing out by one point on the final whistle.

The Camogie team played a very strong first half and were up two goals at half time. However it was a match of two halves with the opposition dominating in the second half and Ahane NS finishing as runners up. 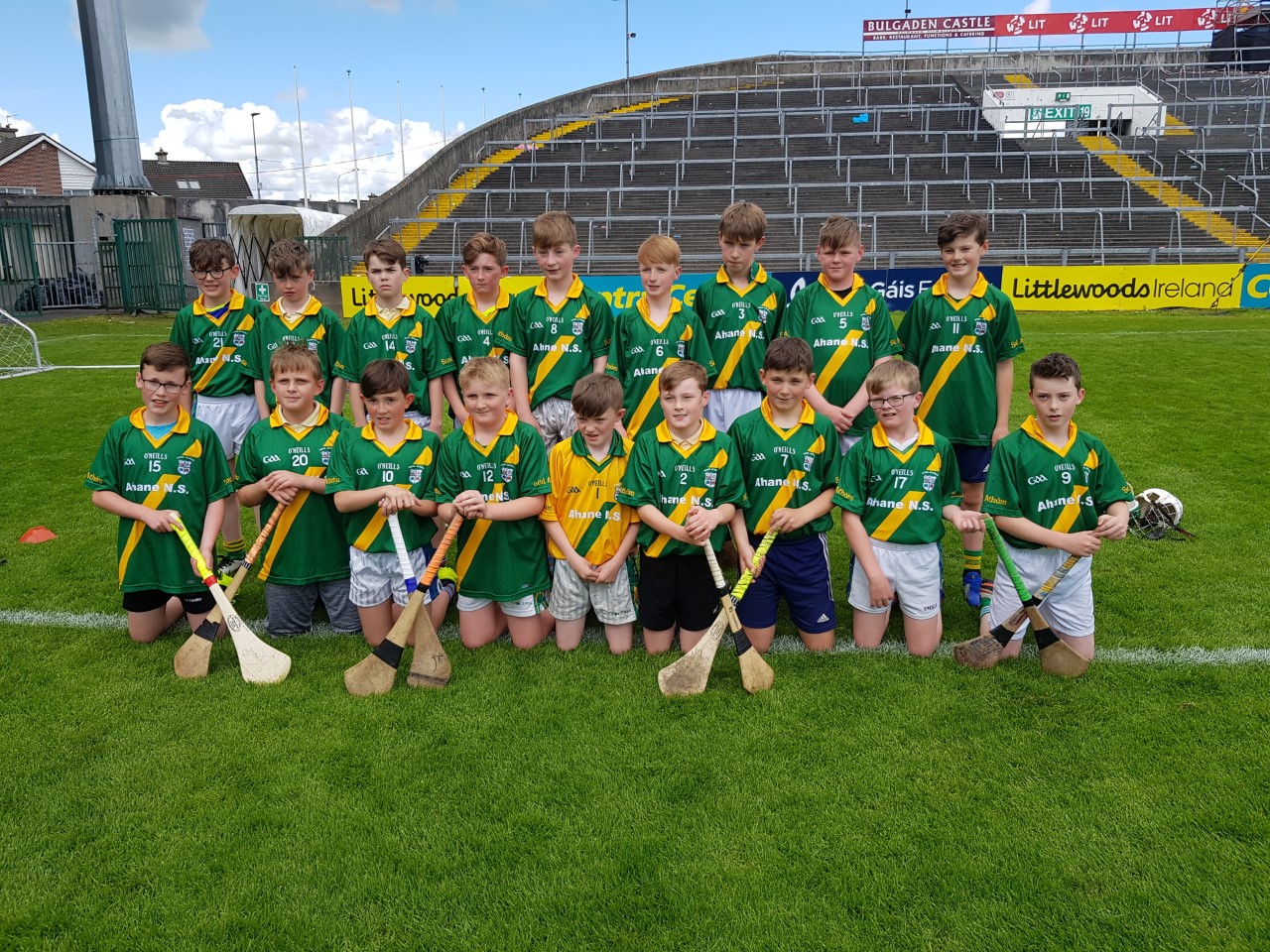